Chances of Getting Pregnant During Ovulation

If you have been wondering how to get pregnant, for a woman that is trying to conceive, the best chances for it to happen are during her more fertile days of the month when she is ovulating.  Ovulation is the release of an egg from the follicle that develops within an ovary.  The time and duration of ovulation will vary from woman to woman but is generally 10 to 16 days in length.  Ovulation is necessary for a woman to be able to become pregnant and it is one of the leading reasons behind female infertility. 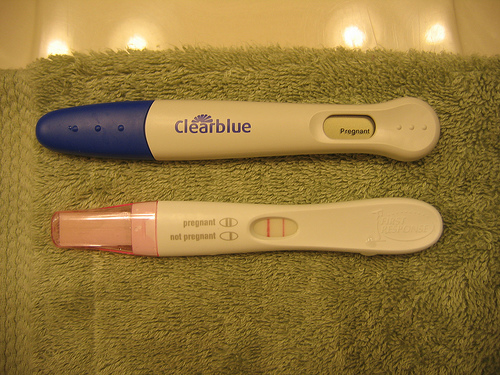 The chances of getting pregnant during ovulation are never better for a female wanting to have a baby.  During this time of the month, the reproductive system is geared up to prepare for fertilization and prepares to conceive by thickening the uterine lining and making increased progesterone, all of which are vitally important to a healthy conception and pregnancy.

Technically a woman can become pregnant any time after puberty and while some women have become pregnant while menstruating, it is not common.  Generally a woman’s fertile period is between 4-5 days prior to ovulation and the window of opportunity is about 24-48 hours within each month.  Sperm can live in the female body for about 4-5 days and the egg is alive for about 1-2 days, and this is the most opportune time for a woman to become pregnant.

If a woman has been monitoring her basal body temperature and charting her most fertile days, timed intercourse could result in her easily being able to get pregnant and soon to feel pregnancy signs.  The chances of a woman being able to successfully conceive are highest on the day prior and after ovulation and this is the best time to have sexual intercourse when trying to get pregnant.

While there are some conflicting reports about whether a woman can get pregnant before or after ovulation, it has happened for many women and is not unheard of.  The chances of getting pregnant during ovulation are still going to be highest during a woman’s fertile period and with some time and good old fashioned trying, many couples have conceived and happily had a baby with relative ease and a bit of forethought and planning.