The best time to have intercourse to achieve pregnancy

When it comes to trying to conceive, knowing your facts pays off. True, you can achieve a pregnancy perfectly alright if you simply have sex almost every day. Knowing your menstrual cycle, being aware of your ovulation date, and planning your intercourse accordingly can definitely increase your chances of getting that much anticipated positive pregnancy test much sooner! 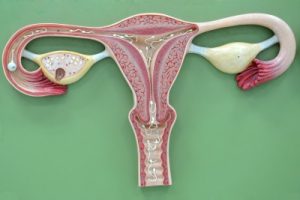 How long does that fertile period actually last?

Almost every woman knows how important ovulation is. But, do you know when in the month you can actually get pregnant? High school sex ed teachers may emphasize the idea that sex can always get your pregnant (possibly even when you use a condom), to stop teens from doing the deed. When that teen grows up and actually wants to get pregnant, shell quickly realize that the fertile window doesnt last all that long. Actually, many sources would have you believe that you can only get pregnant during ovulation.

In truth, a womans fertile window will last about six days, as you can see in the infographic. Why, when ovulation itself only lasts for 12 to 24 hours? Sperm can actually survive in the female reproductive system for up to six days. That means that, if you have intercourse during any of the days leading up to the release of that egg, you may get pregnant. The one to two days before the egg is released are still considered the days on which you have the highest chance of getting pregnant. What this means in practice is that couples who are hoping to have a baby soon are best off having sex every day or every other day in the days leading up to ovulation. Well discuss ways in which you can detect ovulation in a second, but you can safely assume that having intercourse during that part of the follicular phase of your cycle after your menstrual flow came to an end may lead you to the winning ticket — a pregnancy!

Choosing how to track your ovulation

Every couple that is trying for a baby knows that being aware when the woman ovulates can swing the odds in their favor. With so many choices out there, it can be hard to decide just how you are going to track that egg, though! Of the many methods, some have grown to be favorites among women. Here are some choices that you have.

Ovulation calendars, like the one we have right here on Trying To Conceive, mathematically calculate on which day you are most likely to ovulate. To use an ovulation calendar, you will need to know the average length of your menstrual cycles and the date on which your last period began. Our ovulation calendar will send users an email three days before ovulation, and again on the big day itself.

Ovulation predictor kits are perhaps the most reliable ovulation-detection method. Why? These kits detect a hormone that is only released as you are about to ovulate — luteinizing hormone. This makes them just as reliable as a pregnancy test. Ovulation tests can be pricey however, but you can obtain them from cheaply at dollar stores or on the internet.

Cervical mucus may not be something you really want to think about. Dont stop reading here, though, because that cervical mucus can actually tell you when you ovulate. Thats right! Fertile cervical mucus is see-through and stretchy. After ovulation has passed and your luteal phase has commenced, your mucus will be thicker and therefore your uterus is inaccessible to sperm. It will also be white in color.

Some women also have other natural signs that point to ovulation. Do you ever experience ovulation pain, ovulation spotting, or tender breasts during ovulation? These signs can be so reliable for some ladies, that they never have to spend money on ovulation tests!

Whichever method you ultimately choose to track your ovulation, youll boost your odds of conceiving. Good luck! Feel free to ask questions by leaving a comment below. Did you like this infographic, by the way? This is only a small part of the whole thing.