Ovulation: What is it, and what do you need to know?

Trying to conceive is a complicated process. Whether and when you will succeed depends on a great many factors, but ovulation is one that is impossible to ignore. If youve never tried to get pregnant before, chances are that you have not given much thought to ovulating either. When you decide to take the plunge and try for a baby, all of that changes. 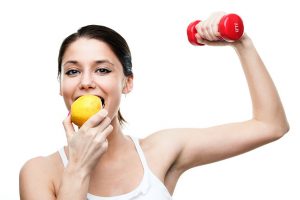 Go on — eat more healthily and exercise regularly. Take that 400 mg of folic acid a day to build up your stores and help prevent neural tube defects like spina bifida. Give up alcohol, smoking, and fast food along with your partner, to increase your fertility. Have sex regularly, obviously.

Modern medicine is advancing at a scarily rapid pace. Despite that, women are currently still born with all the eggs they will ever have. In fact, they form in a female fetus quite early on during pregnancy. A woman will have around 500 periods in her lifetime.

Young girls who just started menstruating might not ovulate during every cycle, and the same goes for ladies close to the menopause. Your average woman will also take breaks from periods and ovulation during the course of her reproductive life, when she is pregnant and during the postpartum period. Breastfeeding can keep cycles away for a very long time. I didnt have a period for two years after my son was born, due to breastfeeding the entire time.

So, a complex hormonal process triggers the ripening of egg follicles and the maturation of some. Eggs come from the ovaries, which a woman has two of — on the left and right side of her uterus. During ovulation, a mature egg is released from one of those ovaries. That egg will live between 12 and 24 hours before being reabsorbed by the body if the egg isnt fertilized.

If sperm cells (which can live for around five days within the female body) already happen to be waiting in the fallopian tubes, near the ovaries, when an egg is released, a chemical reaction will warn them that an egg is now available, and they will start the race to get to that egg first. If the egg is already there, the resting stage will be skipped and the fight is on right away.

Its quite simple. You can have sex an awful lot of the time, but if you dont do the deed within the five days before ovulation or right after it, you are just not going to get pregnant. You can just have sex whenever you feel like it and assume (or hope) that you will catch the fertile window at some point, and get pregnant. That will indeed happen for most couples who dont have a clue when the woman ovulates.

Finding out when you ovulate

You can also help nature along a bit and choose one of the many methods that detect ovulation, either very reliably or quite reliably.

Ovulation tests use your urine to pick up the hormone that demonstrates ovulation will happen very soon indeed, luteinizing hormone (LH for short). You can start peeing on a stick every early afternoon — which is when these tests are most reliable — at some point close to most womens fertile windows. A week after your period ended is a good time to start for most ladies.

A positive ovulation test tells you that you have the chance to get pregnant NOW very reliably. You could also go for some old fashioned math, of course. Most women ovulate around 14 days before the start of their next periods. That means that you could determine your average cycle length, calculate when your next period is most likely to start, and subtract 14 days. Bingo.

If youre bad with math or lazy, online ovulation calendars will do pretty much the same thing. If youre more of a visual girl, inspecting your cervical mucus is another option. This method involves inserting your thumb and index finger and pulling it out again. The structure and color of your cervical mucus will tell you where in your cycle you are.

Is your mucus red? Oops, your period didnt quite finish yet. Is there just not a lot of it? Then you are still very much within the follicular phase, the first phase of the cycle. Increasing in amount? Well, youre getting closer to ovulation. If you have lots of transparent, stretchy mucus, you can be quite sure you are either ovulating or are really close. And heavy, white, creamy mucus? Youve missed your chance this month. Ovulation has passed and you are in the luteal phase of your menstrual cycle.

Do you like complicating your life and getting up really early? Charting your fertility is a great option for you. OK, thats not fair — a great deal of people think this method is easy to implement. Charting your fertility using basal body temperature (BBT) is a method that relies on a slight temperature change to tell you if you are ovulating. Since basal body temperature actually means the lowest temperature you attain in a state of rest, you have to take it right after waking up, since sleeping is the ultimate state of rest.