Getting pregnant naturally at 50: How likely is that?

Maria del Carmen Bousada de Lara became the oldest confirmed mother when she gave birth to twins very close to her 67th birthday. She was 130 days older than Adriana Iliescu, the 66 year-old Romanian mother who boasted that she had plenty of time to have another baby a few years back. These two women, and many others who gave birth at similar ages, didnt conceive accidentally — we are, of course, talking about IVF with donor eggs. 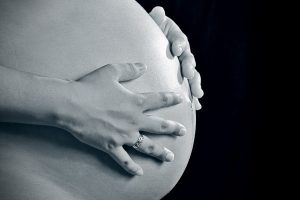 More and more post-menopausal women still get to experience the joys of motherhood with the help of modern technology. Thanks to IVF, menopause no longer means the end of fertility. Getting pregnant naturally at 50 and beyond isnt something that happens every day, however. The oldest woman recorded to have conceived naturally was 59, but though Dawn Brooke landed herself a place in the Guinness Book of Records, you can place naturally in inverted commas without feeling bad about it — she was taking estrogen when she got pregnant.

So, how likely are you truly to get pregnant naturally at age 50 and beyond?

Your average 30 year old woman has a 20 percent chance of getting pregnant every given month, providing shes having regular unprotected sex. That might not sound like a very high chance, but the vast majority of women in their thirties get pregnant during their first year of trying. By the time 40 rolls around, those odds have dropped sharply. The average 40 year-old woman only has a five percent chance of conceiving every month.

Multiple factors have roles to play here. Fifty-one is the average age of menopause. Menopause means, by definition, that a woman has been free of menstrual periods for a full year (12 months). Before reaching that milestone, a woman will go through a period of perimenopause that can last longer or shorter. During this stage, she notice her periods become less regular and less frequent. She may go without a period for three months, only to be surprised with menstruation just when she was thinking it wouldnt happen again.

Its no surprise that ovulation becomes erratic during this stage. At the same time, the actual quality of a womans eggs also declines. This fact explains why woman are less likely to conceive at 40 and beyond, even before entering the perimenopause.

Nonetheless, pregnancy can happen between a womans late forties and early fifties, IF she is still having periods, even irregular ones.

What does this mean for you?

The bottom line? More mature women who would love to get pregnant should always assume it will not happen without the assistance of modern technology, while those who really dont want a(nother) baby should never believe they can safely ditch their contraceptives.

I personally know a 49 year-old woman who conceived during the perimenopause because she thought there was no way shed get pregnant. While she and her husband are ecstatic to have a little one around the house now, her pregnancy did come as a huge shock. If you dont want this to happen to you, dont say no to birth control until youve been free of periods a full 12 months.

On the other hand, thinking you can still get pregnant because youre still having periods isnt a good idea if you really want to conceive. The medical risks of pregnancy certainly go up with age. These risks apply to both mother and baby. Were not talking about the risk of having a baby with a birth defect, which can be avoided by using an egg donor, but the risks of pregnancy itself, along with labor and delivery. (See How risky is getting pregnant after 45? for more info.)

Women who are 50 0r over (or just nearing that time) would be wise to consult with a fertility specialist to discuss fertility treatment options. The sooner you realize your dream, the safer it will be for everyone involved.