Have you ever been envious of the fact that men appear to be fertile until the day they die? Don’t be. While a mans gametes might not come with an obvious sell-by date, a large study involving millions of people found that delayed fatherhood isn’t without risks. Becoming a father later in life certainly has its advantages, but be careful — it also comes with a much higher chance of a wide range of behavioral, developmental and mental problems. 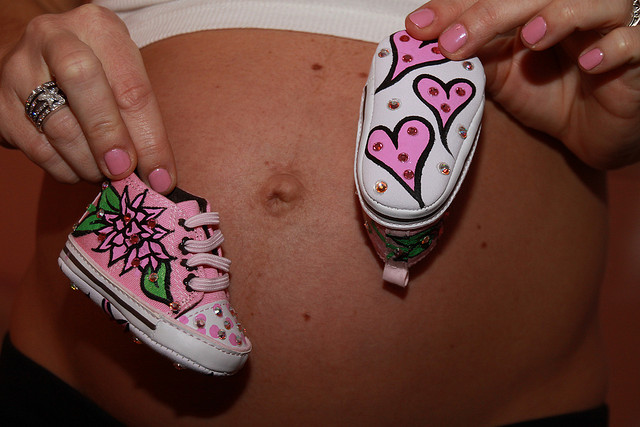 Thanks to novemberwolf/Flickr Creative Commons.

The study, published in the journal JAMA Psychiatry, looked at 2.6 million people. They investigated the difference between siblings with the same biological fathers and discovered that older fathers are more likely to have kids with things like ADHD, autism, and bipolar disorder . In the study, 45 year old fathers children were compared to those of 25-year old fathers, and the researchers data rendered the following conclusions.

In addition, children of older fathers had lower average scores at school. Sounds terrible, doesnt it? The risks involved with older fatherhood sound so off-putting that you might never want want to have sex again. But remember, we are talking about statistics here, and this was a large study.

Should this new data impact your family planning decisions? And if they should, by which age should you have children to avoid being exposed to an increased risk of the problems listed in the study?

The study shows there isnt a particular age at which the risks increase. Much like the decrease in female fertility with age, this is a gradual process in which risks go up with every breath a man takes.

Should this study make you have kids as fast as possible to lower the risk that you will end up parenting children with autism, bipolar disorder, or ADHD? Should you get counseling for your preteen if his father happened to be older when he was conceived, just because he might become suicidal? Of course not. This study shows the statistical risks of certain problems, obtained from a population of millions.

The absolute risk of having children with any of the listed issues is still very low, and its important to remember that becoming a parent a little later in life certainly comes with benefits as well. For one, your life experience might make you more able to deal with stuff like ADHD or autism if your child is affected by them.

What this study does show is that men arent immune to aging, even if they would like to think so.

All couples know that female fertility decreases with age and that they are much more likely to conceive naturally when the woman is in her twenties than when she is in her forties. The age of the female partner is, thus, a factor that must inevitably considered when you decide at which point you would like to try to conceive.

This new research may just convince you that you cant simply ignore the male partners age. He may not become infertile after a certain age, but the nature of his sperm does change. Just like you are aware that women in their forties are more likely to have a baby with Down Syndrome,  you might realize that men in their forties are at a higher risk of fathering a child with autism or a drug problem later in life.

Are you thinking about having a baby? Regardless of your age, you always need to pay attention to your health. Find out more by reading Trying to conceive — a checklist for men.